Exclusive: PR In Canada, A Look Back At Agency Leadership In 2016

You must be the change you wish to see in the world. Mahatma Gandhi 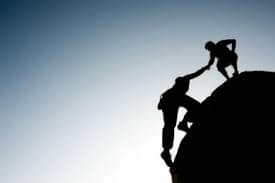 No matter what level you are within the organization, leadership is an attribute that can make or break your career.  It is also one of those aspects that helps a public relations agency grow or not.

In the business of communications the interactions that public relations people have with their clients, media and team members are crucial and often what makes others want to stand beside you or find someone else to stand with. As we compare our Agency Leadership Review of 2015 to 2016 there have been a few leaders and organizations who have helped to changed the business landscape over the year, and the world around them. As a result of their effort and work.

Let’s take a look at the Canadian public relation agency leadership over the course of 2016:

As they look to expand their operations and service offering, Broad Reach Communications brought on Jeff Roman as the agency’s Vice President of Client Services.

Back in May 2016, Nick Cowling was appointed President of North America at Citizen Relations, the promotion has had a positive effect on the agency’s growth and ability to retain its leadership team across the country. As Nick took on more responsibility, he promoted Mark Carpenter and Sabrina Kandasamy to the role of Co-Leads running the Toronto office.  Sabrina did opt to leave the agency back in the fall of 2016 taking a role at a startup agency in Toronto.

Cohn & Wolfe saw a major change in its operation this year as the agency’s Montreal office was folded into sister agency NATIONAL Public Relations back in September 2016.  The move did not have any effect on the Toronto office led by David Gordon.

Just months after launching Toronto-based Craft Public Relations. Lisa Pasquin made her first senior hire as Melissa Retty joined the organization. This was an interesting hire as two ex-Veritas Communications staffers have been reunited.

It was a year of transition for Edelman as the agency saw the departure of a number of senior executives. Unfortunately they had not updated on any replacements within the leadership team, but did lose a few more mid-level and long term employees in the second half of the year.

As Bruce MacLellan stepped back at the helm of the communications he Co-Founded in 1994 with Bob Pickard the agency’s leadership team remained steady throughout 2016.

GCI Group saw a few departures to its team in the later part of 2015, but quickly appointed Stephanie Engel as Senior Vice President, Consumer & Lifestyle to help try and round out their leadership team to start the new year.

In 2016 we saw the birth of Hansell McLaughlin Advisory led but two industry veterans Peter Block and David Scott.

Toronto-based Kaiser Lachance Communications (KLC) had some staff changes throughout 2016, but announced the promotion of Janine Allen to the role of General Manager for their Toronto office.

Narrative started the year off with the appointment of Sarah Spence as Managing Director.  As the Ex-High Roader took over Sarah quickly brought on Sherry Boisvert as an Vice President to help drive the agency’s leadership.

NATIONAL Public Relations had no shortage of changes at all levels within the agency from the executive level to junior level, team members either left or were let go as we covered here throughout the year. Unfortunately their year started out with David Scott leaving, then a few more changes here, here and here.  The turn over didn’t stop there as we later reported more departures at NATIONAL Public Relations here, here.  There was one senior appointment made back in August 2016 which we thought might be a sign of some positive changes.  Then a few weeks later Jeff Roman announced he was leaving NATIONAL, then in August the agency laid off some of its staff.

With John Crean’s sudden departure from NATIONAL Public Relations the industry had wondered why and what he would do next as he kept everyone in suspense for months.  To start off 2016 we announced the appointment of John Crean as the Managing Director for Teneo Canada.

We can’t help but feel a sense of pride when we see one our of Top 30 Under 30 inductees continue to accomplish new career milestones, and this was true for Amanda Shuchat as she was appointed the Managing Director for The Colony Project. Then in May Amanda appointed Michèle Fortier to run its newly opened Montreal office, that turned out to be a short run as Michèle and the organization eventually parted ways.

Over the year a number of Veritas staff parted ways with the organization, as well Veritas Communications shut down its conflict agency – commotion.

They had not been on our radar before, but Montreal-based Zak Communications hired Deane Code to manage its new Toronto office.

What we gave learned from the agency leadership in 2016…

Register as a PRO+ or Corporate Member to gain access to this article and to all the PRO & Corporate member content.
[wlm_private “PRO Plus|Corporate|Corporate Plus”]

The world has changed, as the population continues to grow smart leaders realize the importance and value to find new ways to engage with their clients, media and teams. There are more than enough tools out there that allow agency heads to engage with their stakeholders, and the agencies who grew the most in 2016 were the ones who took advantage of the tools.
[/wlm_private]

As PR In Canada and Profectio continues evolve our product towards more of a platform that connect buyers and sellers there will be even more opportunities for agencies to raise their profile. Of course much like any opportunity, it can only work for those to take full advantage of it, and engage with the opportunities that are available.

The landscape will become even more competitive in 2017, agencies that win new business will be the ones who stay ahead of these coming changes.