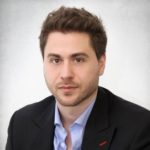 Looks like there some more staff changes with NATIONAL Public Relations, and this time on the communication agency’s creative team.  We have been tipped that Michael Nitsopoulos, who was the Creative Director for National has left the organization. Earlier in the month Nicole Fowler left, and at the beginning of the year we broke the news about David Scott’s departure (this is why he left).

Michael was originally with Equicom which NATIONAL Public Relations purchased at some point mid-2015.  It is very surprising to see him no longer with the organization less than one year later after the acquisition and with the following statement made in the acquisition press release:

“Equicom’s leadership and client teams will remain in place following the transaction and the firm is committed to ensuring a seamless transition. The success of existing client programs and priorities was a central consideration in the structuring of the transaction and combination.”

Related Story: Breaking: Senior Shake Ups Hit Edelman Canada
With several other changes to Equicom that we’ve heard it will be interesting to see what NATIONAL does next as the capital markets business continues to shift in Canada.

Most Read Stories On PR In Canada During 2016

2016 Top Stories You Read On PR In Canada