As we mentioned last week, NATIONAL Public Relations has undergone a lot of staff changes over the last year.  There have been several senior level people who have left the organization, and others being transitioned out of NATIONAL.  We were tipped late last week and since confirmed about newest hire by NATIONAL which according to an internal email sent by Rick Murray, Managing Partner and Chief Digital Strategist could be a “real game changer in Toronto and beyond.”
Join PR In Canada’s community to gain access to this article and to all of our premium content.
[wlm_private “PRO|PRO Plus|Corporate|Corporate Plus”] 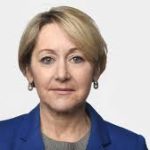 As part of the email, Rick announced the addition of Jane Taber to the role of Vice-President in the Public Affairs Practice, effective September 6.  In the role Jane will work closely with NATIONAL’s consulting team to deliver strategic advice and depth on public policy and corporate matters and will be an addition to their media training consultancy.  Jane will report directly to Kim West.

Prior to joining, Jane was a journalist with the The Globe and Mail, she has also spend over 30 years with other organizations such as CTV, The Ottawa Citizen, The National Post, WTN, and CBC covering major political developments in Canada.

[/wlm_private]
Your organization needs the best talent, let The Connected One help you!