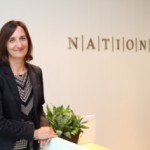 It looks like NATIONAL Public Relations and Nicole Fowler have parted ways with Nicole’s last day tomorrow.  Nicole was their Vice President of Marketing, based in their Toronto office, and working closely with Chief Client Officer Kim West.  We covered Nicole’s appointment back in September 2014.

What does this mean for NATIONAL? It is very apparent there is a shift with the organization’s culture as we have seen over the last few months here and here.   However we are also hearing they are winning new business,but can’t share it until it is confirmed with us.

Update: We have reached out to Nicole and she starts her new job next week.

Nominate A Top Woman In Communications, Marketing Or Technology Today

How Influencer Marketing Fraud Could Cost Your Business [Infographic]