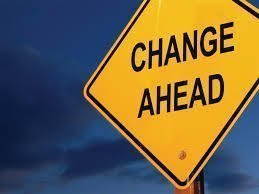 The world woke up to a new paradox today as a new President was elected to the United States, unfortunately a paradox seems to have once again hit NATIONAL Public Relations (Marketplace listing) as the agency has laid off additional team members.  NATIONAL Public Relations’ head count has decreased significantly over the last year and a half.  The agency lost its National Managing Partner, John Crean, and since then proceeded to let go of a number of other staff members such as here and here.  To make the situation worse NATIONAL has also been hit by a number of senior leaders who have exited after John’s departure such as here and here.

This new round of layoffs have impacted the agency’s marketing team at NATIONAL as they have has been let go three individuals from the team.

What Is Next With NATIONAL PUBLIC RELATIONS?

Register as a PRO or Corporate Member to gain access to this article and to all the PRO & Corporate member content.
[wlm_private “PRO|PRO Plus|Corporate|Corporate Plus”] It is just plan math, but NATIONAL is losing a lot of good talent as we have reported consistently over the last year, and will need to takes steps to stop the bleeding.  As they eliminate three members from their marketing team you can’t help but wonder what impact this will have in other areas such as their creative and digital offering.
[/wlm_private]

We wish we could tell you things will be different tomorrow, but there is a new paradox taking place and we have not heard different.