Does Your Agency Have An Olivia Pope? 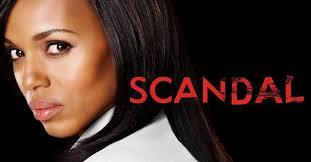 Ever watch the TV show Scandal? The show describes itself as, “Olivia Pope, a former media consultant to the president, is ready to move on with her life and opens her own crisis-management firm.”

Does Your Brand Have A Crisis Management Strategy In Place?

All of those brands stumbled and did so in the public eye, hurting their stock value, ending employment for some of their staff and losing respect from consumers – which ultimately means a loss of customers. The damage to each brand could have been mitigated if only they had a “fixer” in place. Carrie Washington plays the role of Olivia Pope who’s crisis management firm is hired to help solve the current client problem of the day. Olivia and her team called “The Gladiators” move heaven and earth to ensure their client’s problems are taken care of and any damage is left in the past.

Every Company Needs A Fixer

Imagine if Samsung or Uber had a fixer to come to their rescue, perhaps the headlines would not be dominated by the stories of their downfall or how their competitors were gaining market share. In the world where a single tweet can be retweeted over a million times in 24 hours every brand AND agency needs to ensure it is protecting itself from negative publicity. While you or someone you know may not be on Facebook or Twitter, the messages sent out on their social channels are quickly becoming news sources for media outlets around the globe.  Are you monitoring your brand?  Are you engaging with people when your brand is mentioned or do you simple ignore them?

Your brand can no longer afford not to be prepared.