Oh Canada, You Are The #1 Country Brand In The World, Again

We were ranked #1 Country Brand last In The World, last year according to Futurebrand, and it looks like Canada has been ranked top for a second year in a row.

At, at the 32nd annual World Travel Market (WTM) in London, England, FutureBrand announced that Canada keeps the top spot in its 2011 Country Brand Index (CBI), the most comprehensive global study of how travellers perceive countries around the world. The rankings are based on a global sample of online interviews of savvy leisure and business travellers. FutureBrand’s 2010 CBI assessed 110 countries through online interviews with 3,400 travellers from 13 countries, eight of which were markets where the Canadian Tourism Commission (CTC) invests. 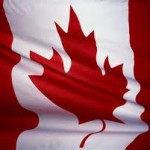 According to the CBI, the most important factors that truly differentiate a nation’s brand are its associations and attributes: the qualities that people think of when they hear a country’s name, read or see images of a location, or plan a business or leisure trip.

Says the Honourable Maxime Bernier, Minister of State for Small Business and Tourism, “Canada’s continued rating at the top of FutureBrand’s Country Brand Index is a testament to our country’s global appeal. We have a wealth of compelling experiences for travellers, and our government is committed to sustaining this momentum by promoting Canada in innovative ways on the international stage. Through our recently launched Federal Tourism Strategy, we are continuing to position Canada’s tourism sector as an economic driver of jobs and growth.”

“While Canada’s tourism brand has grown into a powerful cultural force and a marketing tool to inspire visitation, it also has largely untapped potential as a lever to drive trade and investment in ideas, education and business,” says Michele McKenzie, CTC President & CEO. “In this period of global economic turbulence, by showing the world that Canada is a dynamic, modern and cosmopolitan society, we’re not just inviting the world to visit us, we’re capitalizing on our positive reputation to open new doors and create new opportunities.”

After the CTC launched Canada’s revitalized tourism brand “Canada. Keep Exploring” six years ago, the country leapfrogged on FutureBrand’s CBI ranking from 12th place in 2006 to 6th place in 2007, and jumped again to the No.2 spot in 2008 and 2009, and finally clinched the top spot for the first time last year following the 2010 Winter Games. Canada keeps the coveted premier spot this year, being recognized as the most powerful, engaging and vibrant country brand in an intensely competitive international tourism marketplace.

That’s extremely exciting news! I’ll be interested to see how the positive brand brings more business to Canada, as McKenzie speaks about.