A new Harris Decima poll reveals older Canadians are steadily embracing social media, increasingly logging on to connect with the online world as a way to stay in touch with their loved ones. In two years, the number of Canadians over 50 using social media has jumped from 39 per cent to 57 per cent. The survey—which was conducted for The Canadian Press a included the participation of 1,000 Canadians—found that 68 per cent of them are a member on at least one social networking site in 2011, up from 57 per cent two years ago. As social media use has historically been saturated with the under-30 demographic, the CP reports that those over the age of 50 attribute this increase to 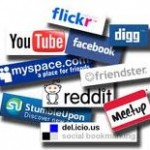 participation. Facebook is the number one social media outlet of choice for this older demographic.

The Facebook participation is likely a result of the desire to stay in touch, share pictures and watch videos posted by the younger generation of loved ones. The days of physical photo albums are dwindling as parents flood their pages with pictures of their little ones, and friends and family literally watch kids grow up on Facebook. The sites are also becoming less daunting and easier to use, which is attracting the older demographic to the networking trend as they become more comfortable with the idea. When baby boomers hear of their tech-challenged friends joining, they jump bandwagon as well.

Aside from the sharing of personal photos and video, the survey also reveals the influence of social media in consumer interaction as the public becomes accustomed to engaging with brands in social media spaces. The poll found 29 per cent of social networking participants interact regularly with a consumer brands.  And of those, 73 per cent interact with up to five brands, while 21 per cent interact with six or more brands. The increasing participation of the older generation in social media sites means that PR initiatives for brands that target the baby boomer demographic should be adjusted accordingly as this group is no longer solely reliant on traditional forms of media for information. If the trend continues as expected, Baby Boomers will increasingly turn to social media to participate in discussion boards, for information and for consumer dialogue.