French’s Gets Real With Canadians

Can you believe it, The French’s Food Company has been delivering food products to consumers for over 100 years.  Over the last few months we have seen French’s get move involved in the community through sponsorship of the Air Canada Center. and now the brand is announced a further commitment to a higher standard of “clean, simple ingredients.”

Consumers are challenging brands and companies to do more than just produce and sell products. French’s is taking the challenge to make this commitment a way of doing business. For example, in 2015 French’s partnered Food Banks Canada, an organization dedicated to eliminating hunger in Canada. Starting this holiday season, French’s is expanding its partnership with Food Banks Canada to provide over 1 million meals to fight hunger in the local community through its “1 Bottle = 1 Meal” campaign. For every bottle of ketchup sold, French’s will donate 1 meal to a hungry family in Canada.

“Credit our employees for this amplification of our values,” said Elliott Penner, president of The French’s Food Company. “They want to work for a company that only uses ingredients they are proud to serve their family and friends and a company that thrives to make a positive impact on their communities.” Penner continued by saying, “This promise is not a one-off. It’s a reflection of how we run our business every day. Delivering on this promise has been a challenge. In an era when so many companies are forced to cut costs by cutting corners, our model is to ask, ‘What can we do better?’ These are the decisions that make our company different. We’re not perfect, but taking this path forward is an achievement that makes us all very proud at French’s. Great taste, real, local ingredients and true commitment to our communities, that’s what this is all about.” 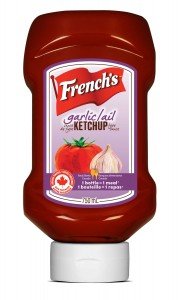 As of December,  a “Promise Seal” will begin to appear on French’s products and across all of its communications, promising “great taste, real, local ingredients, and true commitment to our communities.” Only products living up to the promise will bear the seal. A new campaign will communicate this promise in online and broadcast channels throughout 2016.  Three new ketchup flavours are also being introduced to the marketing, French’s Garlic Ketchup, French’s Buffalo Ketchup and French’s Super Yellow Mustard.  Earlier in the year they introduced French’s Tomato Ketchup.

Kellogg Canada Donates Over $800,000 In Food And Funds Across Canada In Response To COVID-19