I’m Carol Levine, And This Is How I Get It DONE

This Is How I Get It DONE

We are back for Season 2 of our series This Is How I Get It DONE, where we take a moment to interview members of the PR In Canada community to find out more about the person behind the desk, how they got their start, their current role (and everything in between). For our second episode of Season 2 we talked to Carol Levine (BIO) of energiPR. 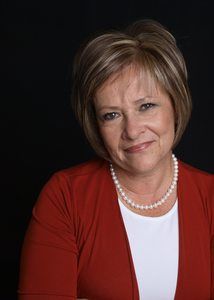 I’ve now taken on or been given the title of Chief Executive Officer. Mostly likely because I am the eldest of the partners or the most serious. This reminds me of a client we had years ago when my business partner and I held the more equalizing titles of Managing Partners. My demeanor was such that even though we were equal partners, the client thought I had the greater decision-making power. They were wrong!

One word to describe work style:

I am a “multi tasker”; what I do? Nothing is beneath me – I love consulting, but do everything.

Tell us a little bit about your background and how you got where you are today:

The confidence that I could do anything I tried. It was a lofty thought. I had been approached to organize a major event at the former Montreal Forum that would be attended by Prime Minister Pierre Elliott Trudeau and many other political folks. I was called in because another agency backed out with four weeks to go. I handled media accreditation and worked with the PMO on logistics and programming. Incidentally, Pat Gossage, who founded his own agency was Trudeau’s press attaché at the time, and we worked together. I was the official spokesperson and appeared in national media across the country. At the end of it all I figured, if I could do this by myself, I could do anything. More guts than brains perhaps, but that was the start of it. I was 29.

What is a typical work day like for you:

There is no typical day. When I am not travelling to our Toronto office or elsewhere for a meeting or conference I get up very early to check news and messages. Over the years I still get up very early, but these days I may take a bit more time getting ready. Occasionally, but not often enough I will do a meditation before I leave for the office. Meetings are the bane of my existence – they seem to increase exponentially, and I am not always thrilled about this format.

When did you know you had a viable business:

To be fully transparent, I launched Carol Levine & Associates in 1980 and worked on my own before starting what is now energi PR, with Esther Buchsbaum in 1990. We were set up in a small office in Old Montreal when Esther had a call from Burger King, an account that she ran in a previous agency. After BK we did work for ADT, Birks, Avon along with the healthcare clients we had. We became convinced then that the Canadian market needed a small independent agency that could deliver great strategy and execution faster, more cost effectively and without the big agency attitude. We were also one, if not the first Quebec-based independent agency that invested in bricks and mortar in Toronto.

How do you balance family-work:

Its much easier now that my kids are grown and on their own. The stable family life we had, had a lot to do with having a spouse who was supportive of the demands on my time and the pressures of running a business. These days, I have grandchildren and I will juggle my time to be able to be where I need to be – like a game or concert or pitching in if someone gets sick. But in truth, there is no such thing as balance and certainly not for wives and mothers who carry the bulk of the mental load. So, I will admit, that much of life has been out of balance.

9-5 is LONG gone, what is one shortcut or life hack that works for you:

My newest home hack is GoodFood which is a meal delivery service. The meals are incredible, and everything comes to you fresh, along with detailed recipes and all the ingredients, so you do not have to shop. This way we avoid eating junk food. The other part that I like, is that my husband and I cook the meal together, while enjoying a glass of wine! Prep time varies from 20 to 40 minutes. There’s a sense of accomplishment in making a home cooked meal that you didn’t have to slave over.

Click to get more of our Get In Done series?