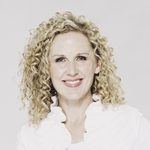 Corus Entertainment recently announced several changes within its communications department as the organization continues to streamline its marketing operations.

As part of change Dervla Kelly has been promoted to the newly created role of Senior Vice President, Marketing and Social Digital Agency.  Under Dervla, Corus will consolidate its Marketing, Creative Agency, Publicity, Lifestyle Digital, Social and Media Planning functions into one team, reporting to Dervla.
Reporting to Dervla will be:

12 Precautious Practices for Brand Marketing During A Pandemic

Who Has Been Hired At: Department of Health And Community Services, Janssen,Ontario Cabinet Office