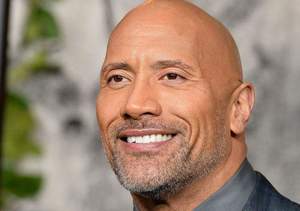 Having pecs that can bounce a berry off them or being the the highest paid actor of all time in Forbes’ 20-year history should be enough for every movie you make to be a success. Right? While he might been known as The MOST Electrifying Man In Sports-Entertainment/all of entertainment, and his earnings almost doubled in the last year with him reaching $124 million not all of his movies come out of the gates hitting expected revenues.
Dwayne “The Rock” Johnson stars in the movie Skyscraper and it debuted in theaters on July 13th, pulling in $24.9 million on more than 3,700 screens domestically (in Canada and the United States).

As the star of the movie and guy who gets the biggest cheque, in many ways the film’s success is on his shoulders.  Some may say he is the leader of the film, this is something Dwayne tends to do with any project or business endeavor where he is involved.  Being a good leader is never an easy thing to do and takes more than simply slapping the label “President” on a business cards regardless of whether you are an agency or or brand.    We have talked about leadership before her on PR In Canada, and we shared results from a survey about women in leadership.

While the opening weekend was a bust for Skyscraper, it grew to become the highest-grossing movie in the world over its second weekend with a global box-office take of $85 million. So what was the difference? Skyscraper opened in China over the weekend and was the top movie. Over the last few years Johnson has invested time building his brand in other markets across the world. He has taken time to ensure that all stakeholders, consumers, businesses and media to get a chance to know who he is, and this is obviously paying off as the box office numbers clearly show.

The Rock is extremely active on social media, but more than just posting pictures of his “Hollywood lifestyle,” he actually engages with fans in a way that does it create levels of superiority but commonality.  He does not talk at people or use vague words about growth, instead he is all about engagement.  Taking a look at Dwayne “The Rock” Johnson social presence here are a few posts that stand out.

Got tons of responses to this. Thank you. We all go thru the sludge/shit and depression never discriminates. Took me a long time to realize it but the key is to not be afraid to open up. Especially us dudes have a tendency to keep it in. You’re not alone

In 1995 I had $7 bucks in my pocket and knew two things: I’m broke as hell and one day I won’t be. #UCanAchieveAnything

And don’t ever interrupt me again Google maps. Wrapped a 16hr work day and dog tired. As I’m loading up my truck, my security says “there’s a guy up there by railroad tracks who’s been waiting for the past 3 nights about 8hrs a night. You’re finally gonna see when you drive by. How would you like to handle it? The only way I know how. ? I’m a grateful and lucky SOB to have the greatest fans in the world. Good to meet ya @champexcellent! #1am #ThatsAWrap #SKYSCRAPER #TrainTrackBlues

Regardless of your role within the organization you have a personal brand – you don’t have to be the top person to have a good brand, but you can active great but being Authentic, Accountable, and Actionable will help.