As the weather starts to heat up, Chic Choc Spiced Rum is getting ready to light up your taste buds with their newest product offering.  As part of their latest campaign, they will descend from the Chic Choc Mountains in Quebec, and travelling across Ontario for its inaugural summer tour event.

The Chic Choc Spiced Rum Truck Tour will voyage across Ontario until the end of June promoting the Canadian-made spiced rum and sharing samples with the lucky folks who spot the truck. 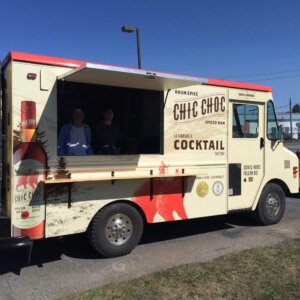 The rum draws its inspiration from the boreal forest of the Chic Choc Mountains in Quebec, Chic Choc Spiced Rum is the only artisanal rum made with a mixture of spices found in this untouched location of the country.