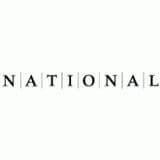 NATIONAL Public Relations has increased their equity stake in MT&L Public Relations, an Atlantic Canada-based public relations and marketing communications consulting firms.   NATIONAL acquired a minority position in the Halifax-based firm in 2005 and the two entities have since maintained a highly successful strategic relationship. Over the past several years, MT&L has continued to grow, opening additional offices in Saint John, New Brunswick and in St. John’s Newfoundland and Labrador.

In 2002, Principals Janet MacMillan, Kim West and Sarah Young purchased MT&L from their longtime colleague Ian Thompson. The company expanded into New Brunswick in 2007 and opened a third office in Newfoundland and Labrador in 2011. In June 2012, Mark Renouf and Kevin McCann joined their three colleagues as Principals of the Firm. All 46 principals and employees will be part of the transaction, and MT&L will change its name to NATIONAL Public Relations, solidifying both firms’ commitment to delivering strategic communications from coast to coast.