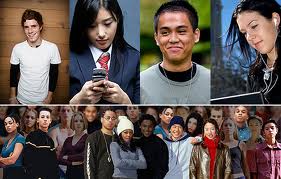 Edelman Canada released an update to its Canadian insights around the ambitions and beliefs of the Millennial .  The Millennial generation are those individuals born between 1980 and 1995 as part of Edelman’s global 8095 2.0 study (2010 Millennial findings here) . The new study building on the 2010 benchmark study 8095, was issued to better understand the evolving roles of brands in Millennials’ lives and how cultural changes are impacting their behaviours.

Data was comprised by interviewing 4,000 Millennials in 11 countries, 8095 2.0 revealed that 70 per cent of Canadian Millennials believe they can inspire the purchase decisions of their peers and those in other generations.

“8095 2.0 showed us that Millennials are very diverse in their mindset and it’s time to re-think how we market to this influential generation,” said Robyn Adelson, Senior Vice President, Edelman. “Millennials are not kids anymore. The oldest are turning 33, the youngest 18. They are a generation that now has families and careers of their own – not to mention an incredible amount of spending power.”

Millennials are surprisingly open to brand engagement and advertising, if brands have the right approach

Millennials’ relationship to social media and privacy is shifting

Do Millennials Matter To Marketers?

Absolutely!  According to the World Fact Book, the median age of the world population is 28, which falls within the Millennial generation, and there are more than 1 billion Millennials around the globe. As the first generation to grow up inherently digital, this group has information at its fingertips and expects two-way dialog with preferred brands.  Adelson further comments, “Marketers need to rethink and reevaluate the ways in which they communicate and engage with this group. It’s no longer a one-way conversation, it’s a multifaceted dialogue with brands and in order to uncover a vocal group of advocates and ambassadors in the Millennial generation, we need to bring a new level of authenticity, transparency and purpose to the work that we do.”