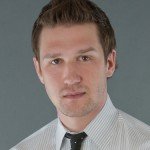 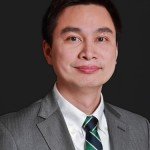 Edelman Canada announced today the  appointed of Tristan Roy as the firm’s National Digital Practice Leader. In his new role, Tristan will be responsible for the development and leadership of the overall strategic direction and continued growth of Edelman Digital in Canada.

Tristan joins Edelman Canada from the firm’s Washington, D.C. office where he worked as the North American regional client relationship manager for Edelman’s relationship with Research in Motion (RIM). In that role, he led a large digital and cross-geography team of multidisciplinary PR and digital team members in North America. Prior to joining the RIM team, Roy was a key figure in the strategic and day-to-day management of the digital business for a large Edelman retail client.  Previously Edelman Canada’s Digital efforts were handled by Sylvain Perron, who left to join NATIONAL Public Relations.  Roy will be based in Toronto and will travel on a regular basis to Vancouver, Montreal and Calgary, leading a vertically integrated digital team across all four Canadian offices.

The public relations agency also made another hire outside of Canada as Jonathan Sy joins from the Edelman Beijing office, and he will now become a Senior Director, Digital Operations, based in Toronto.  In his new role, Jonathan will provide senior digital counsel and oversight for various Edelman clients.

During his two years overseas, Sy was able to quickly make a significant impact on building and operationalizing social media business as the practice lead of Edelman China’s digital team.