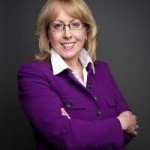 After 16+ years, Stephanie MacKendrick has announced she will be stepping down as President of the Canadian Women in Communications (CWC).  She will remain involved in the organization as a Special Advisor to the Board, but her departure to pursue other opportunities will be effective as of December 1, 2012.

The announcement comes as CWC looks to make a few more changes to the industry association as they look for new ways to continue to offer its membership value in an ever changing communications world, and have also announced the launch of a Technology Leadership Council, and a new mentorship program with Wired Women.

During MacKendrick’s tenure, CWC established the CWC Centre for Strategic Digital Leadership, built the CWC Annual Awards Gala into a must-attend event in Ottawa, established the highly-respected CWC/Shaw Media Mentoring Program, the Career Accelerator series of executive training for media and communications leaders and launched a successful Women on Boards initiative that saw the companies in CWC’s advocacy circle achieve representation of women on their boards 2.5 times greater than the FP500 average.

“I believe in CWC’s mandate today as strongly as when I first joined the organization in 1996. CWC has changed the careers and lives of a generation of women in the media and communications sectors.  I’m very proud of the legacy I will be leaving and grateful for the privilege of working with such a talented and dedicated group of colleagues, sponsors and Board members,” she said. “Together we accomplished a lot.”

“Stephanie MacKendrick has been an outstanding leader and will be missed as the face and voice of CWC.  Under her direction, CWC has become the go-to women’s organization for top quality professional development, business networking and recognition. We sincerely thank Stephanie on behalf of all of our stakeholders for all she has done for the organization and wish her every success as she moves forward toward new horizons,” said Patricia Douey, Chair of CWC.