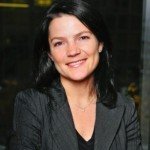 Weber Shandwick announced that Annie Marsolais is joining the public relations firm on October 15 as Vice President, and she will be based in Montreal where she will contribute to the development and expansion of Weber Shandwick in Montreal and across Canada. Marsolais will report to François Taschereau, Executive Vice President and General Manager of the firm’s Montreal and Ottawa offices.

Annie has over 13 years of experience in corporate, financial and marketing communications.   Most recently she was Senior Communications Executive at Yellow Pages Group/Yellow Media, where she had been since 2002 and led communications efforts for large-scale projects including the company’s initial IPO in 2003, the acquisition of Superpages in 2005 as well as a number of subsequent acquisitions, the company’s 99th anniversary in 2007 and the repositioning of the Yellow Pages brand in 2010. She also spearheaded the company’s first corporate social and environmental responsibility program. Annie began her career on the agency side working for Fleishman-Hillard in 1999.