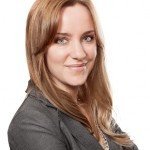 MSL Canada, a division of MSLGROUP Americas announced a few changes with its team earlier this week as they appointed a new Vice President of their Montreal office and added two new PR professionals to their Toronto office.

Sophie Merven has been appointed  Vice President, Consumer, in the Montreal office, and in this role she will oversee client relationships and consumer team accounts in the Montreal office and will join the Canadian senior management team. Before joining MSL, Sophie was Director for HKDP, and served in previous roles as Senior Consultant with Fleishman- Hillard Canada, Communications Advisor with BCP Consultants, and Communications Officer with Human Resources Development Canada.

I’m Nicole Amiel, And This Is How I Get It DONE