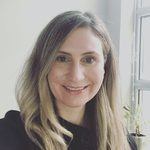 Nextdoor [TCO] continues to build up its talent roster, the company has hired Anne Morello as the Head of Communications for Canada. In this role, Anne will lead communications and media relations, helping to accelerate Nextdoor’s continued growth in Canada.

Anne’s has worked on both the agency and brand side with companies such as Flipp; GCI Canada [TCO]; and NATIONAL Public Relations [TCO].

has been actively building out its management team in the US with the appointment of Maryam Banikarim and Iman Jefferson over the last few months as reported on our parent site The Connected One.