I’m Wojtek Dabrowski, And This Is How I Get It DONE

This Is How I Get It DONE

We are back for Season 2 of our series This Is How I Get It DONE, where we take a moment to interview members of the PR In Canada & Profectio community members to find out more about the person behind the desk, how they got their start, their current role (and everything in between). For our forth episode of Season 2 we talked to Wojtek Dabrowski, Founder & Managing Partner, Provident Communications Inc. 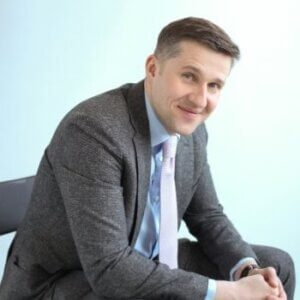 One word to describe your work style: Results-driven.

Tell us a little bit about your background and how you got to where you are today: Right out of journalism school at Ryerson University, I spent a decade as a daily business journalist at The Canadian Press, the Financial Post and Reuters. I covered almost every sector of the economy. I got to write about everything from Trump’s first investment in Canadian real estate and the lead up to Enron’s trial in the U.S. to Nortel’s meltdown and bankruptcy. In 2007, I got RIM’s co-CEO to tell me that the iPhone wasn’t a threat to the BlackBerry. I don’t think that was his most accurate moment. Then, in 2010, I jumped into client-side communications work at TD. It was a heady time, with the economy just starting to come out of the 2008 financial crisis. I got to work on M&A, financial results, wealth management and capital markets communications, as well as really complex and interesting issues management. Eventually, the head of TD’s communications department at the time moved to RBC, and I followed her to lead the retail banking communications team there, supporting Dave McKay. A few months after I arrived, Dave was appointed RBC’s CEO. And a few months after that, I became Director of Executive Communications and started supporting Dave and the Chair of the Board. Then in late 2015, Manulife came calling. It was a great experience working as the company’s VP of CEO Communications, and I learned an incredible amount. The company actually became my first client at Provident, and is still a client today. Hands down, it’s also one of the most dynamic and exciting places I’ve ever had the chance to work.

The thing that was common throughout all of my client-side experience was that every time my organization would hire a PR agency, the same process would unfold: someone senior would come in, sell us an idea, and then we’d never see them again. Instead, a bunch of well-meaning but junior people would parachute in and try to learn on the go while servicing our business. As they say, there had to be a better way. That’s how I came to launch Provident. We’ve only hired and partnered with senior communications professionals, and clients have been very happy that the same person selling a concept or campaign is the same person executing it. As a result, we’ve grown very fast in terms of our client base, and are constantly looking to meet with new talent. I’m very proud of how the first two years have gone, and everything our small but mighty team has accomplished.

What is a typical work day like for you? I do everything, from strategy to execution, to marketing the firm, paying the bills and
developing the business. Melanie Filipp and Morgan McLellan, who are key parts of the Provident team, have made a tremendous impact on the business, and have been instrumental in helping me manage my average workday. We like to say that our days should be simple: we should either be doing great work, selling great work or marketing the firm. If all three of those fires are being stoked at all
times, we’ll continue to win.

You launched your agency in 2016, when did you know you had something? We knew we had something when Manulife agreed to give us a trial run as a client, and a couple of other small projects cropped up in the first few weeks after I launched Provident. Although, to be fair, we aren’t inventing something completely net new – you’re not talking about a business that has never existed before, or a product that no one has bought. Instead, we’re just trying to break the final few remaining vertebrae in
the spine of the old agency model. It seems to be working.

How do you balance family-work? By not sleeping! Jokes aside, we work hard, but whenever there’s a gap in the schedule or when I can do quiet desk work from home, I try to take advantage of being near my family. We have three kids at home and I love spending time with them whenever I can. People talk about disconnecting entirely during their time off, but that doesn’t work for me. I sleep much better when I know I’m caught up on work, and can jump on calls and
make decisions as needed. It doesn’t really matter if I’m at the office, at home or at the beach.

9-5 is LONG gone, what is one shortcut or life hack that works for you? I don’t think it’s just 9-5. I think Monday-to-Friday is gone too. I ignore what day of the week it is – if it’s a Sunday, and work arrives, I tackle it immediately. Does that mean sometimes I have breathing room on a Tuesday or Wednesday afternoon? Absolutely, and I love it.

Pro tip: it’s much easier to get a great restaurant reservation on a Tuesday night than on a Saturday night.

Click to get more of our Get In Done series?