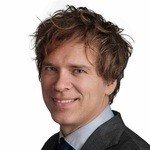 GCI Group recently announced the communications agency has appointed Joe Peters as President. We broke the story earlier in the month that Marion MacKenzie was leaving GCI.  Marion had been with the agency for the last twelve years and will be moving on to pursue new adventures.  She will be completing the transition of leadership over to Joe in the coming weeks.

Prior to the appointment, Joe was Chief Strategy and Marketing Officer at H+K Strategies where he was known as the agency’s go-to for innovation and trend-defining creativity. He was also responsible for launching new practices and services; he first joined H+K when his company Ascentum was acquired back in 2012.