Sources familiar with the situation have confirmed with PR In Canada that Ron Alepian has left NATIONAL Public Relations (Marketplace Listing). This is a surprising move as Ron was one of the executives who did not leave during NATIONAL’s major staff transition which we reported on here, here, and here. 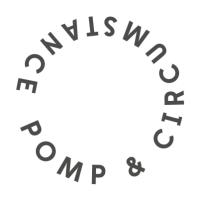 Pomp And Circumstance  is a new public relations agency with a strong sense of substance and style and an appreciation for ..
More about Pomp & Circumstance Connect Me

Ron has worked for NATIONAL in the past, but this particular stint lasted two years when came over as part of the quiet acquisition of Equicom, at the company he was the General Manager managing the Equicom team.

We will have an update shortly as to where Ron is moving to next once we have it confirmed.