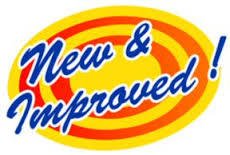 We came across this interesting article on Business Insider where it talks about the CEO of Goldman Sachs, Lloyd Blankfein who has been turning to his Twitter account to publicly express his disdain against Trump.  Blankfein  has not been that active one social media, having tweeted less than 5 times in the last month – the first for bashing Trump on his decision to pull out of the Paris agreement and a fourth time asking how “Infrastructure Week” had gone as it received minimal attention due to the Senate testimony being delivered by FBI Director James Comey and Russia-Trump mishandling of the election .

The story gets a interesting where it posts an interview between Blankfein and CNBC’s “Mad Money with Jim Cramer:
JIM CRAMER: We’re back with Lloyd Blankfein, chairman and CEO of Goldman Sachs. Lloyd, you’re tweeting. What is that all about?

LLOYD BLANKFEIN: You know, I agree. It’s not – for an institutional kind of firm like us, it’s not that usual. But I tell you, part of it – you asked me about the financial crisis before. In the financial crisis there was no – nobody knew anything about what Goldman Sachs did.

LLOYD BLANKFEIN: What, you know, the value we create, what we do in the communities. Also, the importance we do in raising capital for people who need capital, helping them create business, hire people, the virtuous circle of employed people buying more – you know, it’s quite virtuous as we know it. And I said, “If this ever happens again, I’m not going to allow there to be a vacuum about what we’re like. I’m going to go – we’re going to have to communicate to the world more of what we do.” Which we’ve done institutionally, but also, there’s a personal element to it too. And although the financial crisis, you know, receded a while ago, we kind of never picked up on it. And I just thought—

JIM CRAMER: Three outta six of these, Lloyd, are, I would say, antagonistic to the president.

LLOYD BLANKFEIN: Well, I’d say they’re comments. Now, I’ve always commented on certain issues. And this is how I think of it: I don’t use that platform for Lloyd Blankfein’s personal point of view, because I know I’m interesting to people because my role at Goldman. Now, my role at Goldman, so I – to communicate, and I’ve done it before by press release you recall – I commented on immigration, I commented on LGBT issues. I commented, obviously on the environment more recently. Spending on infrastructure. And the reason why I do it, it has to fall in my mind, in one of a couple of categories. Either it’s something that is kind of in our wheelhouse of expertise, like for – so I comment that it would be very, very bad to let U.S. government default.

LLOYD BLANKFEIN: That’s in our wheelhouse. Before Twitter, I did those things by press release. The other thing I’ll comment on is when things really affect the ability of our people to be who they are and to do their job and to be effective as professionals. And that’s got the LGBT, the immigrant ban, so that people couldn’t move around with their spouses when they have had a passport for another country. So I commented on those issues because, really, I kind of have to be the champion of our people. And I owe it, I kind of owe it to the body politic to comment where I have expertise. They could take my advice or not. I don’t make decisions. But I do give them our expertise.

As more executives embrace social media and start to use it to express their personal and political thoughts, maybe we will start to see a shift its its usage for corporate news as well.

Sure There Is The SuperBowl, But Rethink Breast Cancer’s Booby Bowl Is A Game Changer

What Happened on Social Media in 2019 [Infographic]