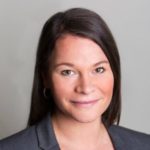 Aiming to increase their service offering, Toronto-based HOWE&WYE Inc. has announced they have expanded their public relations and public affairs agency to Western Canadian.  HOWE has appointed Cailey Murphy as Managing Director, Western Canada where she will lead the firm’s presence and growth in Vancouver and Calgary.