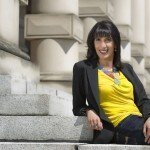 This was originally posted on Profectio.

Vision Critical announced the appointment of Shachi Kurl as Director of Communications, based in Vancouver Canada. Shachi’s role will focus on SparqPublic, the new citizen engagement unit of Vision Critical Community Panel software.
Shachi comes to Vision Critical from the Canadian Federation of Independent Affairs, where she worked as an advocate for the small business community in role as Director of Provincial Affairs, BC and Yukon. Shachi brings over a decade of journalism experience to her new role, serving as legislative reporter for CTV Vancouver Island, reporter for Global Vancouver and CBC Radio, and contributing columnist for the Vancouver Sun.