RIM: How Not To Handle A Crisis 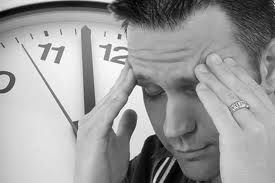 Backlash from Research in Motion Ltd.’s 4-day global BlackBerry outage spread quickly throughout the world last week, flooding online channels as angry customers took to Twitter, Facebook and other social media outlets to complain, threaten and mock RIM and its failing BlackBerry product. RIM’s recent struggles are no secret as the company continues to experience a steady decrease in market share in the United States and an inability to keep up to speed and innovation with competitors Apple, Google and Microsoft.  Having been under the microscope for months, any glitch in BlackBerry service prompts heightened scrutiny and RIM’s reputation is more fragile than ever.  With the outage and the failure of BlackBerry’s main selling features  — RIM’s own BlackBerry server and data centres to handle email traffic and RIM’s popular BlackBerry Messenger —the BlackBerry suffered the biggest blow in its history. Considering BlackBerry’s failing reputation and widespread consumer use of social media channels, the fact that RIM’s crisis communication strategy was more of an afterthought has PR professionals and business analysts alike shaking their heads in disbelief.

The problem was, there wasn’t any communication. Even 48-hours into the crisis, RIM remained virtually silent, insinuating that RIM employees were too busy “working around-the-clock to fix the problem” to engage in effective communication with their customers. Does this mean the PR people are engineers as well? Perhaps they thought that—with limited access to their BlackBerrys —users wouldn’t be as vocal through social media channels? RIM remained quiet until the breaking point, playing by all the wrong rules of crisis communications by not properly addressing the public immediately, instead waiting until service was restored throughout. RIM’s handling of the outage will surely set a resonating example of how not to manage a crisis. Critics from around the globe complain that the response by RIM was neither pro-active, nor transparent enough about the nature and severity of the outage and its potential impending effects on consumers worldwide.

Today, effective crisis communication and damage control can happen just as quickly as the backlash spreads- and today’s consumers expect it will. Social media has changed traditional models of crisis communication and the way companies react to a crisis; it has accelerated the expectant speed in which to address key audiences and heightened the transparency and public nature of the problem.  Given the social media communication-enabling nature of the BlackBerry, it seems ironic that RIM failed to use social media to communicate a speedy response to its consumers. After all, it was through social media channels that the backlash gained momentum in the first place. Customers turn to the online world for answers and media increasingly rely on social media for information.  For a communications company, it seems only expected that RIM would instigate immediate open online dialogue with its customers.

Effective crisis communications involves responding as quickly, pro-actively, clearly and transparently as possible to address the concerns of affected audiences. For the first 48-hours of the outage, RIM offered very few updates, when these should have occurred every few hours. The BlackBerry Help Blog was not updated at all until Wednesday, the third day of the crisis. Questions asked through social media channels remained unanswered when there needed to be multiple updates constant round-the-clock interaction. The initial response offered on RIM’s website was not clear, nor sincere and did not effectively communicate the severity of the issue. Furthermore, the jargon used to explain the situation was not consumer friendly enough for the average consumer to understand, with terms like “core switch failure” meaning nothing to most. In addressing the initial outages in Europe, the first few posts on the RIM website repeatedly and generically apologized “for any inconvenience.” This was more than an inconvenience- it affected the lives and workdays of countless people globally who depend on the device and it cost companies lost revenue.  Instead of prematurely assuring customers that the glitch had been repaired, only for it to spread, RIM should have warned customers of the potential of the backlog to spread to other parts of the world as a precautionary measure. That way, customers could prepare for the outage and adapt appropriate measures in the event it was to occur- it’s called customer service.

When a crisis occurs, it is standard public relations practice for the CEO to act as the public face of the company and address key audiences as quickly as possible, like Michael McCain did during Maple Leaf Food’s now PR textbook example of public relations success stories.  RIM co-CEOs, Mike Lazaridis and Jim Balsillie, remained obsolete on Wednesday during a 3:00pm teleconference that featured RIM’s Chief Technology Officer, David Yach. As the Globe and Mail reports, key media were sent an email after the official start time.  When asked if they believed they were communicating properly, Yach dodged the issue, stating that RIM’s priority is getting the service running and neglecting to offer a timeline as to when the problem would be fixed or what exactly they were doing to fix it.

Lazaridis and Balsillie waited until Thursday—after three days of silence and when the problems were nearly fixed —to emerge publicly. First, a sombre-looking Mike Lazaridis addressed the public a 2-minute YouTube video. He acknowledged that RIM let its users down and “did not deliver” and addressed RIM’s silence, stating that he knows the public wants to hear more from the company. Admitting the problems may continue, he took full responsibility for the outage and offered his apologies on behalf of RIM.  The video was a wise decision but came 48-hours too late.  A few hours later, at 10:00am, Lazaridis and Balsillie came together for a conference call accessible to media and the public on the RIM website, marking a rare dual appearance. At last, the CEOs outlined what went wrong in greater detail- a technical failure and a backup system failure in Europe on Monday, which resulted in a backlog of emails and texts that spread through interconnected channels worldwide.  Yet again they apologized.  They were honest-admitting that they did not yet know what caused the system to fail. They outlined RIM’s pro-active measures to fix the problem, stating that the company was working to figure it out the root cause to ensure it doesn’t happen again and auditing all systems. They repeatedly acknowledged that they let their customers down and that they are going to have to re-build that trust.  In other words, they did everything on Thursday that they should have done on Tuesday.

Taking a cue from Sony, RIM released a statement this morning, announcing that it will offer BlackBerry subscribers a selection of complimentary premium apps—worth a total of $100 for each customer—as a symbol of its appreciation for customers’ patience during the outage. The apps include iSpeech Translator and an assortment of popular games and will be available on Blackberry App until December 31st. RIM’s enterprise customers will also be offered one month of free technical support. 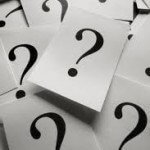 Is RIM’s delayed damage control strategy enough to save the troubled company? The way that RIM handled the crisis had the ability to improve its tarnished image, just as it did for Maple Leaf Foods.  Instead, they hurt it even more. Ignoring social media channels and not using them to reach out for damage control, begs the question as to whether a brand that is supposedly at the centre of technology and social media communications really understands anything about it or the behavior of their consumers, for that matter.  In a crisis situation, silence leads consumers to speculate and uncertainty leads to anger and backlash. Even as service was restored to the world on Thursday morning, the persistent backlash and mockery against RIM and the BlackBerry did not stop. This is surely a wakeup call for RIM- in addition to facilitating an accelerated rate of innovative product development, the company needs to strongly re-evaluate its crisis management strategy, continue its attempt to salvage customer relations and turn its existing marketing strategy on its head if it is to clean up this public relations nightmare.

It’s surprising that RIM didn’t use social media to communicate to its customer base that they were working on a solution to the problem.