Canadian Tire recently  launched a fully integrated consumer campaign designed that the national retailer hopes will help position them as “Canada’s authority for fulfilling the jobs and joys of everyday life in Canada.”

“The tone of the ‘Bring it On’ campaign is authentic, enthusiastic and comes straight from the sentiments of everyday Canadians,” says Rob Shields, Senior Vice President of Marketing. “The campaign is far edgier than some of our more sentimental campaigns and gets straight to the heart of why Canadians love shopping at Canadian Tire. You have to live in Canada to understand our lifestyle in Canada – and nowhere is more credible than Canadian Tire to find the solutions for all your everyday jobs and joys.”

The new campaign features Canadians saying, “Bring It On” to the everyday realities of everything from repairing a yard ravaged by winter, barbecuing in the rain, camping with the family, painting a drab den or spring cleaning the house or car. 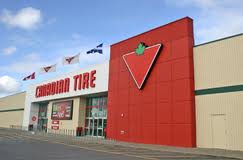 The campaign launched March 19th with a 60 second television commercial that will set the tone for the campaign, followed by a series of shorter, product or seasonal-specific commercials. The television campaign is supported by a 360-degree marketing effort, including the Company’s weekly flyer that is sent to more than 11 million Canadian households, print, radio, online, outdoor, in-store events and in-store signage. A social media component will encourage, engage and continue the conversation with Canadians through mobile devices, CanadianTire.ca and Facebook.

The preparation for this campaign has been a large process, with Canadian Tire having spent the last six months with consumers evaluating its unique selling proposition for Canadians and what Canadian Tire’s ultimate competitive differentiator is. With an 89-year history, 485 retail outlets and as one of Canada’s most shopped general merchandise retailers, serving 180 million customers a year, the company is uniquely viewed as a core provider of the tools, products and services necessary to living everyday life in Canada.