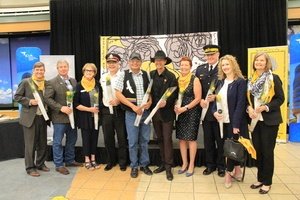 Brookline Public Relations [TCO] was tapped to work with #NotInMyCity for a follow up campaign as the organization looks to increase the awareness for human trafficking.

As part of the campaign Brookline enlisted the help of country music superstar Paul Brandt who has been an advocate for the #NotInMyCity organization and its fight against human trafficking, #NotInMyCity. This time around, Paul partnered with Edmonton International Airport to build awareness in northern Alberta. Brookline’s media relations efforts resulted in more than 33 media stories and 6.6 million editorial impressions. 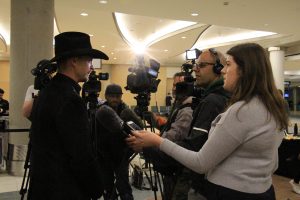 Brookline Public Relations Swoop’s In For The Assist With #LiftEachOtherUp