Business is good for the “Sugars” aka the team at 1Milk2Sugars [TCO] has been having a good start to the year with new business such as here and here.  The business growth for 1Milk2Sugars has resulted in a number of promotions for the company in both their Toronto and Montreal offices. 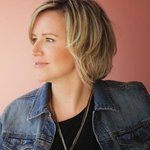 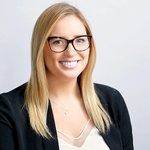 Ruth Goudie has been promoted to the role of  Vice-President, the first one in the history of 1Milk2Sugars [TCO]. In her new role Ruth will oversee and mentor the Toronto Sugars, continue to provide strategic counsel to the agency’s top clients, including NIVEA and Pfizer, and will build incremental sales out of the GTA.  Ruth joined the agency 2 years ago.

In their Montreal office, Emma Cusson has been promoted to Business Development Director. Emma has worked in several roles at the agency.  In this new position, Emma will put her extensive talents to good use, as she joins forces with President, Priya Chopra and VP, Ruth Goudie to implement the agency’s growth.

In Toronto Siobhan Barrett has been hired as an Account Manager, previous she worked for Bridgepointe Financial Group and headed up their marketing and communications team. Also joining the roster of new talent is Stephen Martone as Social Media Manager. Stephen previously worked at Diply building innovative digital strategies for brands including Reynolds, IAMS and Mastercardv. Stephen brings a wealth of knowledge to 1Milk2Sugars’ fast-growing Social Media division and will spearhead the team’s social media accounts, which includes the new addition of the Marriott hotels.