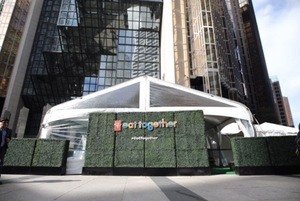 A few months ago we shared with you some updates President’s Choice made to its #EatTogether campaign which included a film (see here), and various events across Canada.  Last Friday the brand hosted its second annual Eat Together Day which took place in downtown Toronto.  Working with Citizen Relations [Marketplace Listing], their public relations agency of record (AOR), President’s Choice provided a very unique opportunity to bring people together over their lunch hour.

Hundreds of Torontonians joined President’s Choice for a healthy lunch provide by the retailer.  With sunny skies above them attendees had an opportunity to enjoy a lunch with various PC branded products as part of the #EatTogether movement.

President’s Choice almost half (42%) of all Canadians eat lunch alone every day at work, and two-thirds eat lunch alone at least three times during each work week. It is now commonplace for people to eat alone at the desk, more and more, Canadians are eating meals in solitude, which according to a recent study from Oxford Economics is more strongly associated with unhappiness than any single factor other than having a mental illness.

“At Loblaw, our business is food. As a retailer with one of the country’s leading networks of independent businesses and as one of Canada’s largest employers, we know that action on our part could drive change,” says Sarah Davis, President, Loblaw Companies Limited. “This year, we’re all in. We are asking our network of our nearly 200,000 colleagues to embrace the spirit of this initiative and eat together during the day, and we’re hosting free BBQ lunches for our customers at stores across the country. In addition, hundreds of our vendors and partners will be joining us by eating together at their offices.” 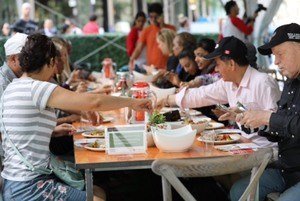 Although we are eating alone more often, Canadians see a clear benefit of eating together. In fact, the PC survey revealed that three-quarters of working Canadians see an improvement in communication with their colleagues when they eat together and 64 per cent agree that eating lunch with colleagues at work makes their day more enjoyable.

“Progressive companies are embracing the meal sharing traditions of old,” said Dr. Nick Hobson, University of Toronto Behavioural Science Lecturer. “They are tapping into an ancient human practice, knowing well and good that eating together is the furthest thing from a waste of precious work time.”

Despite knowing the benefits, more than half of working Canadians (59%) agree that eating alone in the workplace has become the norm, instead of eating with colleagues and friends, citing the following reasons for not stepping away from their desks at lunch time: 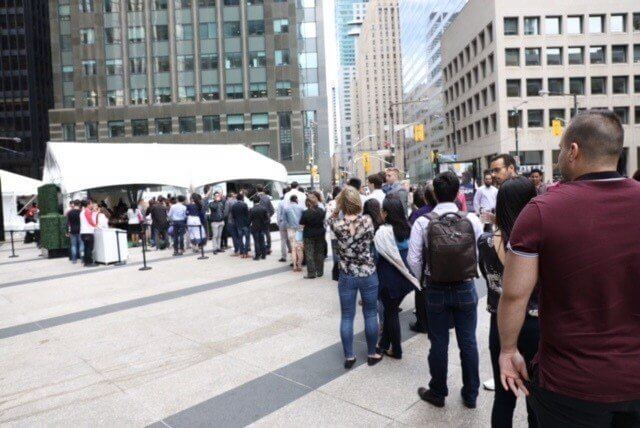 How Kamala Harris Is Changing The Landscape For Women, Today and Tomorrow