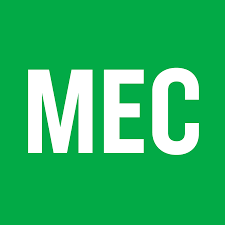 Earlier this week we wrote about the NRA and countless number of brands who have distanced themselves from gun association due to the recent mass shooting at Parkdale school in Florida.  This week we are now seeing the brand damage make its way north of the border to Mountain Equipment Co-op (MEC).  Members of MEC have signed an online petition looking for the retailer to stop selling Vista Outdoor-owned products.  As of the time of publishing over 41,000 people have signed the petition as Vista Outdoor also develops and manufactures firearms similar to the type of rifle used in a recent school shooting. From the petition site:

As members of Mountain Equipment Co-op (MEC), we call on MEC to immediately stop the sale of all Vista Outdoor brands. This Utah-based corporation is the owner of Savage Arms, one of the leading producers of semi-automatic weapons in the United States.

Vista, through its myriad of other gun and ammunition producing companies, derives about 40% of its yearly profits from the sale of weapons. Vista Outdoor is also heavily enmeshed with the gun lobby, with deep financial ties to the National Rifle Association (NRA).

Here's an update from MEC pic.twitter.com/t08bpveVPH

Another update from MEC pic.twitter.com/ZAs7xQoNAu

This is put MEC in a tough spot as it not only becomes a moral debate internally, but one of finance as its members (aka customers) are demanding change.

Update:
After days of deliberation MEC has decided to part ways with Vista Outdoo, in a press release they said:

“It has recently come to light that several brands MEC sells are owned by a corporation that has holdings in the manufacture of assault-style weapons,” CEO David Labistour said in a release Thursday morning. “Thousands of MEC members have contacted us to express their concerns and to ask that we stop selling products made by these brands.”