Backlash Of Brands – H&M, Tim Hortons, And One Influencer Who Went Too Far [Industry Opinion] 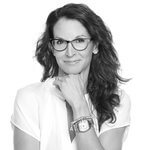 Earlier this week we published our first edition of “Backlash of Brands,” a look at brands from around the world that have recently been impacted by some type of communications crisis.  We then turned to Shauna MacDonald, Principal and Founder, Brookline Public Relations [Marketplace Listing] to find out her thoughts on these brands which include H&M, Tim Hortons and Youtube and the current situation they find themselves in.

No Timmys Tuesday vs Tim Hortons

PR In Canada – What was your first thought when you heard about the backlash from consumers on how Tim Hortons employees were being treated by store owners?

Shauna MacDonald – The issue Tim Horton’s is facing isn’t one exclusive to them, but because of the act of a few franchise owners, they have become the voice of the issue. When first reading about this issue, my initial impression was “again?…” as Tim Horton’s seems to be frequently facing PR issues over the last few years. #boycotttimhortons is becoming an all-too-familiar hashtag.

PR In Canada – What is Tim Hortons doing right about this situation? Wrong? Is there a fix the brand should implement?

Shauna MacDonald  – Tim Horton’s shouldn’t distance itself from the issue. Blaming the franchises of your own brand is not the solution. Ultimately the brand needs to swallow its pride and demonstrate that it stands up for its workers and be the family-friendly company that its ads show it to be. Customers would likely be open to spending a few more cents on a cup of coffee if they knew it meant better working conditions for employees. Tim Horton’s could position this as a goodwill gesture showing employee pride thanks to generous Canadians. Striking out or blaming employees will never win a brand friends. Tim Horton’s is better to eat some of its own humble pie (or donuts, as you will) and show some love for their staff, and ultimately their customers.

The Weeknd Party Is Over For H&M

PR In Canada – What was your first thought when you heard about the H&M ad?

Shauna MacDonald – “How does a company let this happen?” It seems like such an obvious no-no but it must have gone through a lot of people and approvals at H&M.

PR In Canada – What does a mistake like this cost a brand? 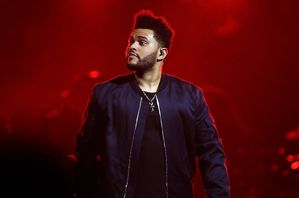 Shauna MacDonald – In today’s day, mistakes like these unfortunately get swept under the rug quite rapidly and consumers have short-term memories. Brands like Urban Outfitters have been under similar fire in the past for anti-Semitic and racist clothing and Target just got hammered for selling a controversial Cards Against Humanity Expansion Pack. However, one key difference in this case is the celebrity angle. The Weeknd brought this issue to a higher level, making many who may not have been aware of this ad, sit up and take notice, and a simple apology may not be enough for H&M this time. Many consumers were deeply impacted and offended by this blatant act of racism and as a result of an ad, that clearly never should have gotten through approvals, H&M may potentially see a drop in their customer base and ultimately sales.

Is Logan Paul Good or Bad For Social Media Influencers?

Shauna MacDonald – An influencer is someone who has the power to impact purchasing decisions and individual perceptions based of their relationships with their audience.

PR In Canada – Every few months we see a moral mistake like this, how can brands protect themselves in the future?

Shauna MacDonald – This incident demonstrates the need for brands to protect themselves and mitigate risk when working with influencers. Companies need to do background research (including a thorough review of influencer content) before signing on to fully understand who they partner with. Another way for a company to protect their brand is to have a morality clause in their contract, ensuring the influencer understands from the get-go the moral obligation they take on when working with the brand. Ultimately, brands needs to do their due diligence to ensure that the messages the influencer puts out are ones they are comfortable being associated with.

Remember the big controversy with H&M? Turns out the brands had to shut down its stores in South Africa as local residents started to swarm multiple locations in protest of the brand’s recent “misstep.”