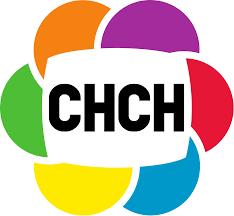 CHCH is making some changes to our regular news programming. Your local news will return to air 6pm Monday. https://t.co/ITdVmC2nP4

/ CHCH-TV and its parent company, Channel Zero, have implemented a restructuring
that will allow the channel to remain viable and for it to continue to deliver local news in the Greater Hamilton
area. Channel 11 L.P., the entity that has created local news for CHCH since 2009, has in turn filed for bankruptcy
effective today. CHCH is not ceasing operations or going off the air. CHCH and Channel Zero remain committed to
the delivery of local news. Starting Monday, CHCH, joined by many of the familiar on-air personalities, will
continue to broadcast the local news that viewers have been watching for over 60 years.

“When CHCH was acquired in 2009, funding support for local television was available, along with healthy national
advertising revenue. That has since changed dramatically,” said Romen Podzyhun, Chairman and CEO, Channel
Zero. “Despite ongoing efforts over the past two years to make CHCH sustainable following serious cuts to local
broadcasting support and declines in national advertising, Channel Zero is no longer in a position to continue
subsidizing the losses stemming from the station’s local news operations. This decision was extremely difficult but
necessary to allow CHCH to remain on the air.”

CHCH will continue to broadcast with a new format that keeps the core news broadcasts intact, but contains fewer
overall hours of local news. Starting on December 12, CHCH will transition to a new schedule that includes CHCH’s
popular 6pm and 11pm weekday news broadcasts, and starting Tuesday, Morning Live will return. In addition to
the familiar faces, viewers can expect to see the same high quality local news programming that CHCH has
delivered to the region for over 60 years.
“We are so grateful and proud of the excellent programming and

In the grand scheme of television news outlets CHCH is an extremely niche players focused on the Hamilton, Ontario region.  It is too early to tell what the long term future of CHCH holds, but the ‘good old days’ are certainly behind them.  According to the press releases issued, the broadcaster plans to return to air today with an adjusted format and programming offer.