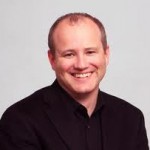 Hill+Knowlton Strategies (H+K) announced that Stephen Carter has been appointed Vice President, National Director of Campaign Strategy at the public relations firm.  Stephen will be based in Calgary and his appointment is effective immediately.

Stephen comes to H+K after helping to win several high-profile political battles, two of them for Alberta’s current premier. He led Alison Redford’s successful race for the Progressive Conservative Association leadership bid in Alberta, as well as her campaign for premier of the province. Most recently, he served as Redford’s chief of staff.

He was also the political strategist in Naheed Nenshi’s successful 2010 campaign for mayor of Calgary. His roots in politics include serving as media liaison and strategies to Joe Clark from 2001 to 2003.