With their re-branding now in place, Mike Coates, President and CEO of Hill+Knowlton Strategies Canada has started to roll out some additional changes with the team in Ottawa including a number of promotions and new hires. 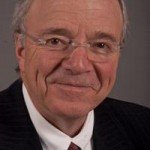 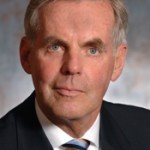 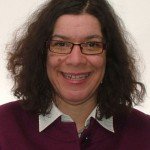 Tom Creary has been appointed Vice President and Group Leader in Ottawa for Public Affairs, previously he was Senior Associate with Hill+Knowlton Stratégies in Quebec.  Tom has 35 years of experience in public affairs, government, sales and business development from various positions at SNC Group; a number of emerging Canadian new technologies companies; the American Chamber of Commerce in Canada where he founded the Quebec Chapter; and as co-founder /CEO of a well-respected public affairs agency. Prior to joining Hill+Knowlton Stratégies as an associate, Tom was chief of staff to a federal conservative cabinet minister.

Paul Moen joins Ottawa’s public affairs team as an associate. He has extensive experience in the global biotechnology and pharmaceutical sectors – most recently at Amgen, where he was Director of International Government Affairs in Washington, DC.  Paul’s record in the corporate sector is rounded out by his public service in Canada at the Department of Industry and as senior policy advisor to the minister of international trade, Jim Peterson.  He also served as a corporate lawyer at EMD Serono in Geneva, Switzerland, and at Paladin Labs in Montreal.

Paul Benoit, also in H+K Strategies’ Ottawa office as an Associate, he has 25 years of federal-level experience that complements the existing team as a strategic advisor on trade and investment issues. Paul has worked on critical public policy issues from a range of perspectives: as senior policy advisor to Canada’s minister of international trade, where he engaged departmental officials in advancing Canada’s trade agenda including further trade liberalization; a parliamentary official; a senior departmental advisor; a candidate in a federal election; an academic; and as a representative of business interests and non-governmental organizations.

Kim Doran, who joins the firm as an Associate, and she brings in-depth understanding of the policy and regulatory frameworks for financial institutions and other industries, she provides advice on policy initiatives and regulatory challenges in the financial services and chemical industry sectors. Rounding out more than 18 years as a government relations professional, Kim worked for two of Ottawa’s major government relations consulting firms before joining the Liberal Party of Canada as its deputy national director of policy and organization, and later working as a principal with an Ottawa-based government affairs and public relations firm.