With millions of people continuing in isolation and social distancing, NIVEA released a new study that underscores the importance of human touch to quality of life and reveals how the COVID-19 crisis has magnified this need.

According to the study, nine out of ten people surveyed before and during the pandemic stated that human touch is key to leading a happy and fulfilled life while 75 percent of respondents said COVID-19 isolation has made them realize how important physical touch is for their health. Despite this overwhelming desire for contact, there remains a troubling degree of loneliness and touch deprivation all over the world — a reality that’s been made exponentially worse in the last year. 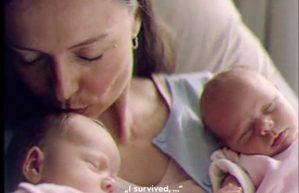 The NIVEA-commissioned study also revealed that 7 out of 10 people surveyed don’t make human touch a priority in their busy, technology-driven lives. Importantly, however, 86% of respondents say that being more informed about the benefits of human touch would compel them to prioritize it more than they currently do.

With these findings, NIVEA has launched its new brand purpose, “Care for human touch to inspire togetherness”. This campaign aims to highlight the proven health benefits of physical touch and promote skin-to-skin contact and connection.

“The shadow pandemic of loneliness is growing into a health crisis beyond our imaginations,” said Julia Geissen, Marketing Director, NIVEA at Beiersdorf Canada. “NIVEA has always been a brand dedicated to making people feel good in your skin, by caring for skin and for people. NIVEA appreciates the overwhelmingly positive health effects of human touch and is focused on facilitating togetherness once it’s safe and allowable to do so. Our wellbeing hinges on restoring tangible human contact.”

NIVEA Canada has partnered with Roots of Empathy, a children’s charity and school-based organization that helps children build empathy skills and form connections by demonstrating the power of secure attachment relationships. To date, NIVEA has committed over $250K to Roots of Empathy across 24 Canadian schools and has facilitated training for 27 instructors, ultimately reaching more than 1,000 children.

Finally, NIVEA is kicking off the “Care For Human Touch” campaign by releasing a documentary film showcasing the true story of premature twins from Hamburg, Germany and how one twin’s life was saved in the incubator by the most innate of human interactions — the skin-to-skin touch of her sister.