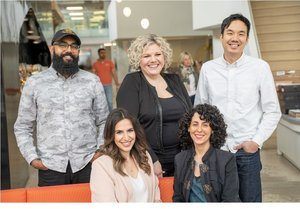 As Citizen Relations [TCO] continue to expand its offering the communications agency has announced the addition of several new hires to its creative and strategy capabilities.  Carrie Makrigiannis has been appointed Vice President at Citizen Relations [TCO].  We had announced Carrie’s departure from Proof after 20 years back in May.  Carrie brings over 20 years of experience developing and managing programs and campaigns and has specializing in areas such as retail, alcohol, and packaged goods.

Alexandra Green also joins as a Senior Account Director, previously she was with 1Milk2Sugars [TCO] where she spent four years focusing on CPG and beauty brands.

In the creative department, Vice President of Creative Director at Citizen, Noah Feferman, has strengthened the team by hiring Associate Creative Directors, Mike Lo Nam and Abeer Verma. This award-winning duo has previously worked at a variety of Toronto agencies and arrives at Citizen fresh from a two-year stint at GREY Canada, where they worked on global brands like Volvo and HSBC.

For Strategic Planning, the Citizen team is being strengthened by the addition Strategy Director, May Zeibak. With over 15 years of experience in research and developing brand strategy for Tier 1 CPG brands, May will play a key role in uncovering insights and driving consumer-centric programs. May spent the last 10 years at Nestle Canada as an insight and strategy lead across a number of key categories.