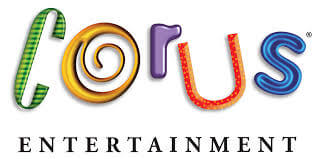 Corus Entertainment (Corus) has just announced announced that it is acquiring Shaw Media for $2.65 billion. When it is all said and done,  Corus will become owner of all of Shaw Media’s leading brands, resulting in a combined portfolio including 45 specialty television channels, 39 radio stations, digital assets, the content studio, Nelvana, and 15 conventional television stations.

“This is a transformational acquisition that redefines Corus and Canada’s media landscape,” said Doug Murphy, President and Chief Executive Officer, Corus Entertainment. “This game-changing transaction brings together a powerful portfolio of synergistic media assets that will solidify Corus’ position as the market leader in the highly valued Women, Kids and Family segments. It will also advance our strategic priorities through investment in content creation for our own platforms, and for global markets.”

Doug Murphy added: “The time is right to unite these two strong media companies. With the addition of Shaw Media, we will have the competitive scale, the brands, the content and the team to accelerate our growth. We are also pleased to announce that Barbara Williams, currently Executive Vice President, Broadcasting and President, Shaw Media, will join Corus in a senior leadership capacity upon the closing of the transaction. As one of the industry’s most-respected executives, Barbara will play an integral role shaping the new Corus, given her in-depth knowledge and exceptional leadership capabilities, as we bring our people and assets together.”