Three Promotions At The Hive As They Look To Go Global

The Hive has had a pretty good year so far, they’ve picked up a few awards, won some new business and today have announced three new promotions at the management level.  Simon Creet, Vice-President and Chief Creative Officer has been promoted to Co-Managing Director along with Trent Fulton who was previously Vice-President of Client Services. 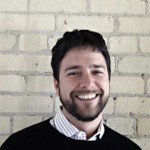 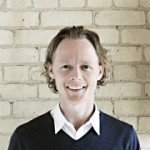 The Hive’s Founding Partner, Rick Shaver has been appointed Senior Vice-President and Managing Director of Global Partnerships for advertising and strategic marketing agency, which is actively seeking to expand its client relationships in the U.S. and Europe. As part of his new role Rick will continue to look for additional expansion opportunities internationally, currently The Hive has clients such as SABMiller in the U.K. and Brown-Forman in the U.S., along with the development of specialized global operating divisions like The Hive U.S. and BF Canada Powered By The Hive.