In a world of commoditized services, bicom takes a high-touch, relationship-based approach to connecting leading brands with target audiences through media and ....
More about bicom Connect Me

The team at bicom has a lot to celebrate these days, and their summer of celebration is not slowing down as they make sever promotions and new hires. 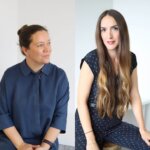 bicom has announced Polina Lichagina and Laetitia Jallais have both been promoted to Executive Director.  The two ladies will focus their efforts on innovative initiatives for beauty, fashion, and lifestyle clients, all while contributing to the agency’s strategic growth.  April also marked Polina’s 10th anniversary with bicom. 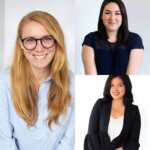 Ingrid Proulx from the agency’s Montréal office and Liana Timbol from the Toronto office have been promoted to Account Managers, while Genevieve Mousseau, out of the Montréal office, is now a Project Manager.

bicom has also made several new hires including Marie-Victoire Zamor as Marketing & Development Manager, William Quenneville joined the team as a b nation Coordinator and Diane Guenot as Project Manager – Digital service. Lastly, Lindsey Fletcher has been hired in Toronto and Sophie Charlier in Montréal round out the national team as new Publicists.