Retailer Lowe’s Canada [TCO] has announced the completion of a  major charity initiative that has resulted in more than $1.2 million being given to Children’s Miracle Network and Opération Enfant Soleil.  The funds will be used to support the work of 14 children’s hospitals across the country for the fourth consecutive year. Teams from Lowe’s, RONA, and Reno-Depot corporate and participating affiliated stores collected donations at checkout or sold tickets during the spring. Customers also had the possibility to contribute to the campaign on the banners’ websites, and Lowe’s Canada added to the amount raised with a corporate donation.

“At Lowe’s Canada, our teams are committed to making a difference in their communities and, for this reason, actively engage each year in our campaign benefitting Children’s Miracle Network and Opération Enfant Soleil,” says Jean-Sébastien Lamoureux, Senior Vice-President, Public Affairs, Asset Protection and Sustainable Development at Lowe’s Canada. “At a time when it is more important than ever to support the country’s healthcare system, our teams doubled their creativity during the last weeks in order to maximize collected sums. Thanks to their efforts and the generosity of our customers, we have run our best campaign yet.” 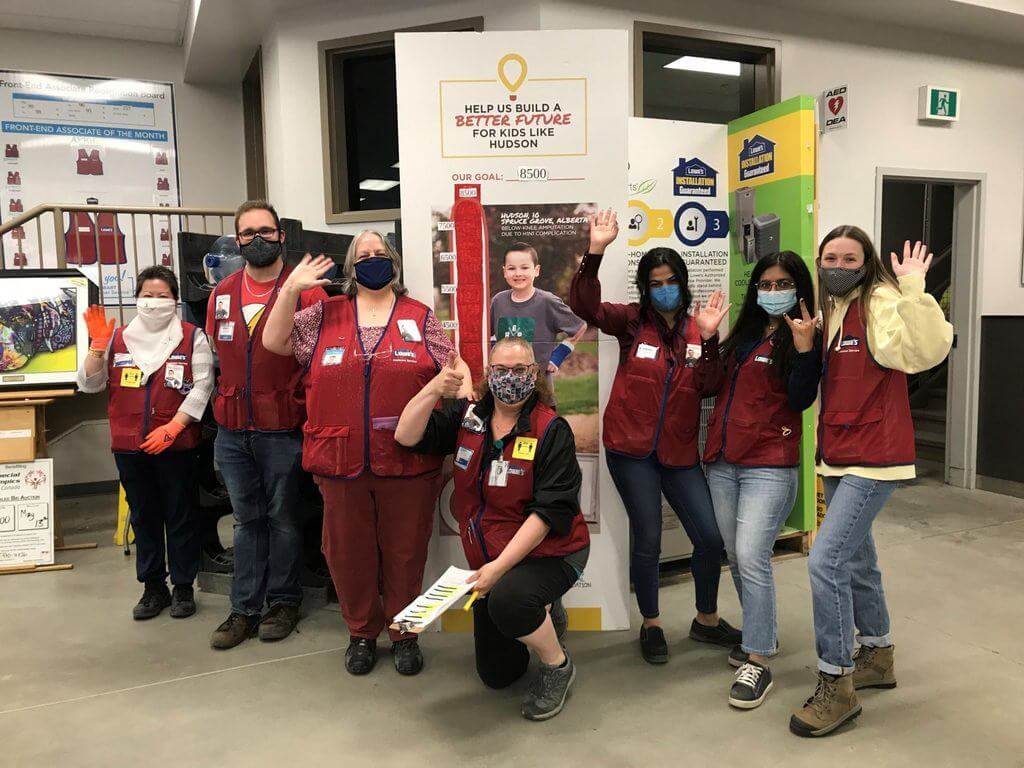 The in-store and online campaign ran from March 29 to May 16, along with the corporate donation, enabled Lowe’s Canada to present $700,000 to Opération Enfant Soleil at their telethon on May 30, and some $583,000 to Children’s Miracle Network.