Jackson-Triggs Partners With Emanuel To Reimagine A More Diverse World 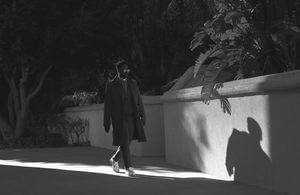 As part of their newest campaign, Jackson-Triggs partnered with Canadian R&B artist Emanuel to reimagine Jimmy Cliff’s Wonderful World, Beautiful People in a new, national commercial. This marks the beginning of Jackson-Triggs campaign for change to ensure communities that have typically been underrepresented, see themselves in wine culture from advertising to social content. This collaboration with Emanuel is a foundational element of this.

“Jackson-Triggs has been a proud supporter of Canadian music and art for more than 20 years, but we know we need to do more to amplify and support the voices of artists and musicians from underrepresented and marginalized communities,” said Andrea Hunt, executive vice president, marketing at Arterra Wines Canada. “This is the first of many commitments we are making as we are guided and inspired by artists, friends, and partners in diversity, inclusion, and belonging.”

Canadian artist Emanuel first came onto the scene with his single Need You, and who recently released his new EP ‘Alt Therapy Session 2: Transformation’. This fall, Emanuel recorded his version of Cliff’s hit and a behind-the-scenes video was captured, providing a window to the soulful singer’s world. Ontarians who visit their local Wine Rack can find Spotify codes on their next bottle of Jackson-Triggs that will take them to Emanuel’s EP.