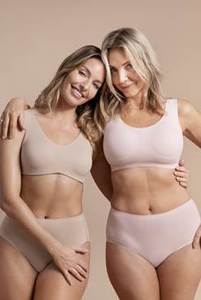 WonderBra has released their latest campaign to help showcase their new collection, New Wave. The iconic Canadian underwear company is aiming to showcase camaraderie between woman and has brought together a number of Canadian women who share a bond and authentic relationship.

“Throughout this campaign, we wanted our primary ethos to shine through: Be your own kind of Wonderful. We’ve always believed in women supporting women and WonderBra is proud to stand for the trust and honesty that connects them,” says Marianne Cobb, General Manager – Canada at Hanesbrands Inc.

The campaign was broken down into a series of video sequences supported by an entirely digital media strategy. One of them features a well-known social media duo, best friends Audrey Rivet and Sarah Babineau, who have agreed to bring their voices to the campaign.