How Do Canadians Feel About Government COVID-19 Communications? [Infographic]

As Covid-19 spread across the world like wildfire earlier this year, everyone was caught off guard, businesses and governments were forced to make necessary moves to help contain the outbreak.   Some governments around the world performed better than others with South Korea, Taiwan and Vietnam, in these countries in particular they provided mass testing combined with efficient contact tracing and isolation helped to initially curb the spread of the disease. Elsewhere, some governments were criticized for moving too late in implementing lockdowns with the United States and the United Kingdom still among the worst-hit countries globally. In Europe, Italy and Spain were the initial epicenter of the pandemic before tough lockdown strategies finally got the disease under some semblance of control, though the summer holiday season has sent cases spiking once again in the latter.

According to a recent Pew Research Center survey which gauged public attitudes to the government’s coronavirus response across 14 advanced economies, the findings reveal that opinion is generally positive with 73% median approval. There is some variation in that assessment, however, with British and U.S. respondents clearly divided in their opinions. The survey found that a 54% majority of people in the UK disapprove of their government’s reaction to the pandemic while 46% give the effort the thumbs up. The results are similar among U.S. respondents with 52% of the public stating that the authorities responded badly to the outbreak while 47% approve. That is in great contrast to Canada where 88% of people north of the U.S. border say their government did a good job with its coronavirus response. 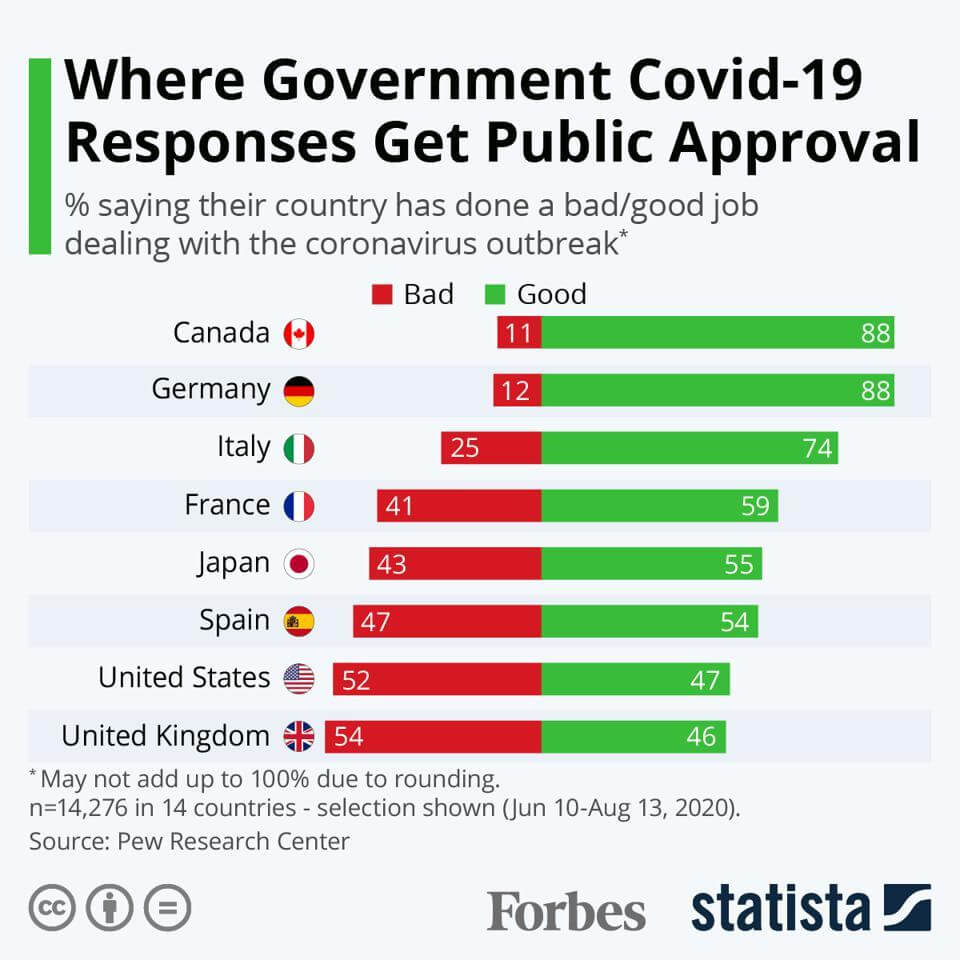