Is Influencer Fraud Hurting Your Brand? Study Predicts Will Reach $1.3B By 2020 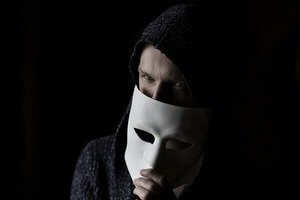 With the dominance of platforms like Facebook, Instagram, Snapchat and Twitter the world has entered a new era and way to communicate with friends, family, co-workers.   This has brought brands a new opportunity to reach anyone on the planet, but like any other channel having the assistance of a third-party person to connect you can make a bigger impact.  Enter influencer marketing, which Wikipedia defines as:

a form of social media marketing involving endorsements from influencers, people and organizations who possess an expert level of knowledge and/or social influence in their respective fields.

Unfortunately a few bad apple have decided to cheat the system and influencer fraud has started where these “influencers” pay for fake followers and engagement and its costing advertisers billions per year according to a new study by Cheq and the University of Baltimore.  The study claims that that influencer fraud will cost advertisers $1.3 billion this year, and is projected to grow to $1.5 billion in 2020. Some influencers can making as much as $12,000 per post, but can it last forever?

In a survey, University of Baltimore professor and economist Roberto Cavazos found that 25 percent of the followers with 10,000+ influencers are fake. Another survey of 800 brands and marketing agencies found that two-thirds had worked with influencers with fake followers. With these type of numbers it has been estimated that 50 percent of all engagement on sponsored content is fake.  The professor also believes that many influencers post fake sponsored content “to dupe brands into believing they have a proven track record — and in order to get hired for a future engagement.” As social media platforms started to rise as did platform where people can “buy” followers, it can be as low as $16 to buy 1,000 Instagram followers.

While digital marketing has been victim to ad fraud, which costs marketers at least $23 billion a year, fake influencer marketing can cause more indirect damage – namely, the erosion of consumer trust, the study states.  We are seeing the fraud come from all types of “influencers” whether it be micro and nano-influencers and it has been increasing across channels, such as YouTube and Instagram.

“Another thing we’re seeing more of is automation, as more and more sophisticated tools are put forth to help fraudulently grow audiences. There’s no doubt, that without a clear strategy and suitable technological solutions to combat it, fake influencer marketing will continue to flourish, further eroding the public’s trust in social media.”

Nearly three in four marketers (71 percent) consider influencer marketing to be highly strategic, with 55 percent saying they plan to spend more in this space next year. This is why the fraudulent activity and fake influencer marketing but there should be increased efforts have to decrease the amount of fraud.

“In particular, opportunities for accountability and monitoring diminish, the bigger and more complex a market gets as we have seen with more micro-influencers and nano-influencers,” he added. “Fraud follows money and complexity, and this market is seeing more of both.”

Professor Cavazos of the University of Baltimore said: “Complexity is a well known cause of any fraud in any industry. In this market, we are seeing many more players and more money flowing and potentially less control.”
Your organization needs the best talent, let The Connected One help you!

I Am Sean Beckingham And This Is My Origin Story

Sure There Is The SuperBowl, But Rethink Breast Cancer’s Booby Bowl Is A Game Changer

Have You Made A Nomination In Our 2020 Women In Communications, Marketing And Technology Awards