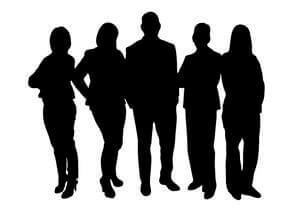 Does a pay gap exist between men and women persist in Canada?  We came across the Glassdoor Economic Research which is a multi-country study on the state of the gender pay gap. A big reveal of the study found that women in Canada earn on average $0.84 per every $1.00 men earn. This 2019 study looks at gender pay gap data for Canada, the United States, United Kingdom, France, Germany, Australia, the Netherlands and Singapore, is based on more than half a million salary reports shared on Glassdoor by employees over the past three years.

The unadjusted pay gap between men and women in Canada is 16.1 percent, meaning women earn, on average, $0.84 for every $1.00 men earn. When statistical controls are applied for worker and job characteristics, including worker age, education, years of experience, occupation, industry, location, year, company and job title, the adjusted pay gap in Canada shrinks to 4.0 percent, with women earning $0.96 for every $1.00 men earn.

Advertisement – #GirlBoss are we there yet?

One of the most significant factors contributing to the pay gap is the industry and jobs that men and women sort themselves into, also known as “occupational sorting,” which explains about 52 percent of the overall pay gap in Canada. Eleven percent of Canada’s pay gap is due to differences in education and experience between men and women.

On The Move: Office of the Minister of Environment, Eastern Health, York Region