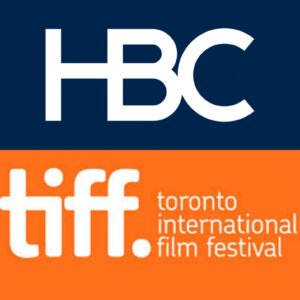 Stars from around the globe are preparing to descend upon Toronto for the 43rd Toronto International Film Festival (TIFF). Iconic Canadian brand Hudson’s Bay will be taking center stage as it returns as an Official Fashion Retailer and Red Carpet Sponsor.

From September 6 to September 16, the industry’s biggest stars will once again grace the iconic striped carpet at Roy Thomson Hall.    This year HBC will be expanding its festival presence with TIFF LIVE from the Red Carpet presented by Hudson’s Bay.

“The Toronto International Film Festival is one of the most significant events this city experiences and we are so thrilled to be a part of it,” said Alison Coville, President, Hudson’s Bay. “  As a Canadian company, we are proud to support another iconic Canadian establishment – one that brings the city together to see the best in film, fashion, and culture. The TIFF LIVE from the Red Carpet presented by Hudson’s Bay will be a great way for fans to not only see their favourite stars, but also hear from them.”

HBC has also enlisted the help of Amanda Brugel, and guest hosts, Aisha Brown, Anthony Oliveira, and Jordan Sowunmi, meet with the cast and talk film and red carpet fashion. Interviews and other content will be streamed across the Hudson’s Bay social channels.

I’m Shelley McArthur, And This Is How I Get It DONE