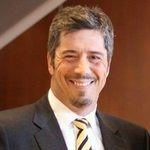 Earlier this morning we broke the story that Paul Wilson is exiting NATIONAL Public Relations after where he spent close to two decades working for. Most recently Paul was a Partner and Director of the Corporate Communication Group.

CH Group Limited Partnership has announced the appointment of Paul Wilson to the role of Senior Vice President of Public Affairs And Communications.

In the role Paul will be responsible for all aspects of communications and public affairs for CH and will report directly to the president and CEO, Geoff Molson.  CH Group Limited Partnership, through its subsidiaries, owns and manages Montreal Canadiens, operates amphitheaters and organizes shows and events.

Over the next few months Paul will take part in a transition period with NATIONAL,  and will officially join Groupe CH on Monday, August 6, 2018.