Canadians are known for many things, but did you know 50 per cent of Canadians hardly know their neighbour? Despite the fact that we are known as being one of the friendliest nations in the world, many Canadians don’t make connections with their neighbours. To help foster new relationships and build connections in communities across the country, Tim Hortons has rolled out its latest campaign, “Coffee with Neighbours” to encourage Canadians to get to know each other over a cup of freshly brewed coffee. 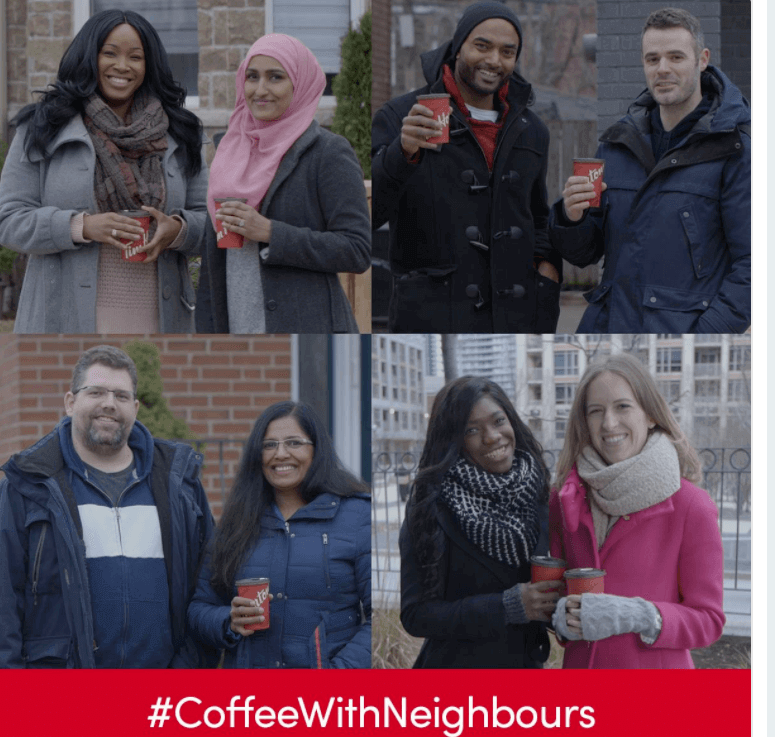 This past month, Tim Hortons surprised real Canadians in communities across the country with the opportunity to meet their neighbour for the first time. Naturally people were a bit wary at first, but the conversations revealed these neighbours have much more in common than they would have thought. In the comfort of their front yard, over a fresh cup of Tim Hortons coffee, strangers became friends, future plans were formed and true connections were made.

“Tim Hortons has a longstanding tradition of making a difference in the communities we serve. Whether it’s in our Restaurants or the backyards of our Guests, we’ve been helping people connect over coffee for decades,” said Sami Siddiqui, President, Tim Hortons Canada. “We get to see the generosity and connections between Canadians in our restaurants each and every day, and look forward to witnessing even more relationships formed over our coffee.”

A recent survey commissioned by Tim Hortons® revealed that despite the lack of connection, 67 per cent of Canadians would be open to going for coffee with their neighbour**, but 35 per cent say they just don’t know how to initiate the meeting. Tim Hortons® hopes to make connecting easier and encourages Canadians from coast-to-coast to get outside and meet their neighbours. Besides coffee, studies have shown there are many benefits to neighbourly connections, from relationship building to feelings of inclusion and positivity, which all lead to fostering stronger communities.

“There is an inherent power to human connection and real benefits to relationships within our communities,” said Emily Levitt, Cornell anthropologist. “It’s so important to foster real, in-person connections with one another to build strength and a sense of security.”

Do you know your neighbour? The brand has launched a contest where Canadians have a chance to win  one of hundreds of $10 TimCard prizes, for more details visit www.timhortons.com/neighbours.
Additional survey highlights include:

Public Relations For This Campaign Handled By: